This week I did these commissioned patches for the American Cancer Society. They are in honor of Ernie Harwell, a man I didn’t know much about until this week, even though he was a very popular gentleman here in Michigan. “He was known for his long career calling play-by-play of Major League Baseball games. For 55 years, 42 of them with the Detroit Tigers, Harwell called the action on radio and/or television. In January 2009, the American Sportscasters Association ranked Harwell 16th on its list of Top 50 Sportscasters of All Time.” He recently passed away due to bile duct cancer at 92 years old.

To raise money for the American Cancer Society, I was asked to design & do these iron-ons. 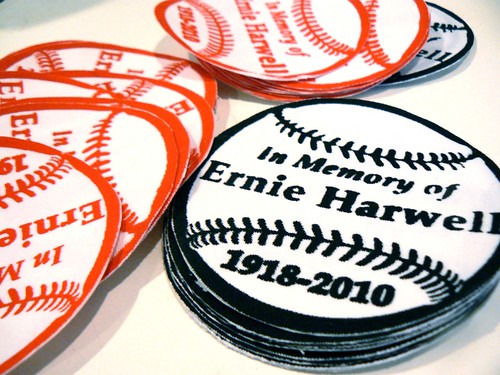 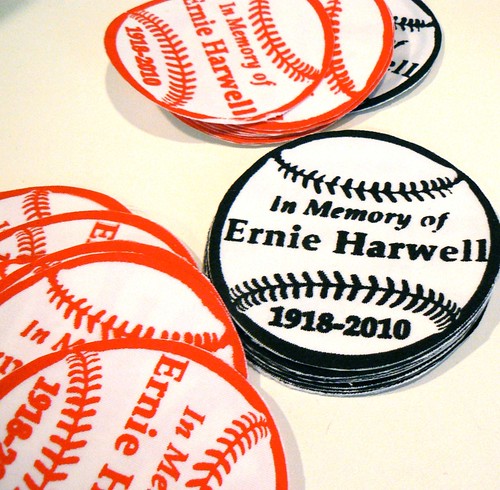 “I think I owe thanks to the people who have listened to me over the years, who tuned in on the radio. They have given me a warmth and loyalty that I’ve never been able to repay. The way they have reached out to me has certainly been the highlight of my life.”- E. Harwell